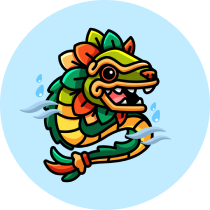 A neural network can be described as a machine learning model which mimics the biological neurons in our brain. It doesn’t mean that it would think the same way the brain thinks.Neural network is the core of deep learning.

The input of the perceptron is passed through neurons called input neurons. This would be how a simple neural network would look like:

The hidden layer can consist of multiple neurons. When an ANN consists of a deep stack of the hidden layer then it is called a deep neural network(DNN).

Each connection from the input layer to the hidden layer would consist of data, which is called as weights.

So now we can use the same formula for the other input node. The output of the hidden layer can be called (V1, V2, V3). The output layer formula would

Now we would receive the output and will check if it matches the original value. if the value is not correct then the weights and bias would be changed will do the same process until the preferred output is derived.

This is how a simple neural network works. I will be explaining in more details in the future blogs on how to integrate an algorithm for a neural network.