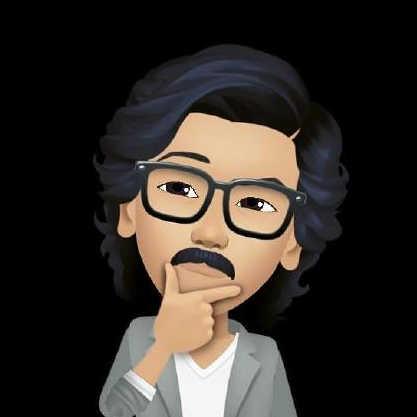 Nowadays, there are many myths about RPA. Some of them are:-

So, what exactly is RPA? What is its use?

Nowadays, in a large organisation, the large amount of data and tasks will be handled and managed by humans. It takes much more time to complete the tasks such as updating users data, queries evaluation, and maintaining databases.

When an organisation adopts RPA, all the tasks are managed through RPA bots/software robots, and the time and expense will be reduced on a large scale. Some people believe that RPA is like establishing humanoid robots in offices.

As I mentioned above, RPA bots are not physical robots; they’re just software robots. In another way, we can say that software with thinking capabilities.

It is a fact that there are some unemployment issues in the aftermath of the RPA establishment. But by the way, there is a positive side too.. RPA does not replace all the jobs. It covers only 20% of the work inside an organisation, which is repetitive and time-consuming.

And the RPA robots work only under the control of the respective person or developer. The job issues only met the low scale employees of an organisation such as clerical posts, data entries etc., and the high scale jobs remain in the position. After two years, our industry sector needs a lot of RPA developers for their companies. Upskilling to RPA technologies is an excellent opportunity in the future.

How to Establish RPA in an Organisation

Some people believe that implementing RPA in their organisation is a nightmare. Firstly, remember that all jobs in an organisation cannot be managed with RPA. It can only help you manage repetitive and routine appointments.

For example, let’s take checking emails as a repetitive task. So, we can automate the email checking.

The primary process of establishing RPA is to build a better team. First, we have to list out all the tasks that can be easily automated by using RPA. All the rest is the duty of the team. They will analyse the task and build RPA bots for the task. Then it has to be tested and installed.

Establishing RPA for an organisation is as easy as hiring a person to do the task, and cost-effective.

In this phase, the team finds out the problem and designs the RPA bot. All the Bot overview and planning completed in this phase. Business team and RPA Architect work together to understand a business process for RPA development. They use a developmental methodology and develop a strategy to automate tasks in order to eradicate manual work as much as they can. After finishing the paperworks they handover the project to the development team.

In this phase, the team develops the bot as per the requirements. RPA developer/team starts his/their work on the requirement in their environment, possibly a distinct development environment. They create a Process Definition Document (PDD) which explains each step in every process. Depending on the kind of automation required, the development process might or might not be coding involved. Usually, there is no coding, But there can be exceptions.

This is the most complicated phase in RPA. Here the bot was implemented in the organisation infrastructure and tested on various scales. In this phase the team performs a dedicated QA (Quality assurance) like normal SDLC (Software development life cycle) flow.
Some companies conduct testing by separate testing teams other than the development team. Once testing is completed, the bot is deployed in production and runs as configured in the RPA tool’s orchestrator.

This is not a single process, it's a through out process in RPA. It includes all the maintenance and update of the RPA bot. The bot is continuously monitored to assess performance and ensure it runs without any errors. Because bots have so many dependencies and interact with different systems, they are impacted by any change to those systems. So maintenance is a major phase of RPA.

Some people still believe that RPA will cause massive unemployment in the future. Others say that it's just a booming industry that will get destroyed within a few years.

The fact is, “RPA is an emerging technology that is used on a set of problems to minimise errors and improve efficiency. And also, we have to realise that RPA is not a problem. It’s a method to solve a problem.
So, my opinion about this is, we have to be open to new technologies instead of fearing them and upskill our skills for the future.